S.O.S. TO THE CANADA AND QUEBEC PRIME MINISTERS: NO TO THE ALL-SIDED AND INDISCRIMINATE BAN OF ALL PRODUCTS CONTAINING CHRYSOTILE ASBESTOS 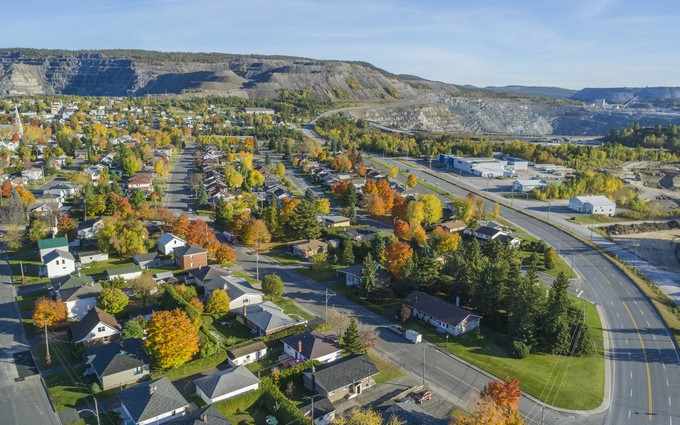 Asbestos and Thetford Mines, December 11 2016 - The PRO Chrysotile Movement today sent a stirring S.O.S. message to the Prime Ministers of Canada and Quebec. Here is the letter sent by its President, Serge Boislard, to the Right Honourable Justin Trudeau:

Our population of the Chaudière-Appalaches and Estrie regions is greatly preoccupied by the perspective of the banishment of a natural resource which can be found in different forms in many regions of Canada, and especially of all products that contain it.

We strongly oppose the pressure exerted by the anti-asbestos lobbies and the recent introduction of bill C-321 by an NDP member of Parliament who calls for the ban of all form of asbestos and especially of all asbestos-containing products.

Important mine tailing valorization projects in the Estrie's Regional County Municipality (Municipalité régionale de comté - MRC)  of des Sources would be imperiled as well as all the research and development projects currently being undertaken in Chaudière-Appalaches. Moreover, the impossibility to valorize those tailings in a responsible way would create a major obstacle to our regions' economic diversification.

Mister Prime Minister, you should well understand that we are not asking for the reopening of the Thetford Mines and Asbestos chrysotile mines that have now been closed for 5 years. We have entered the chrysotile fibre's post-exploitation era. The sustainable development of hundreds of millions of tons of solid serpentine mine tailings that have accumulated in the course of more than 130 years has become an inescapable reality for our regions. These hundreds of millions of tons of mine tailings contain more than 22 per cent of magnesium, nickel, chrome, etc. Extraction projects of some of these metals are already under way. Hundreds of jobs could soon be created. Your government must take this reality into account and accompany our populations in their responsible, sustainable and ambitious regional economic development plans.

Please allow us to underline that recent research and scientific studies have demonstrated major differences between the amphibole and the chrysotile fibres that can be found in many Canadian regions, from Newfoundland to British Columbia. These fibres can also be found in various base metal deposits in Canada and around the world. We could understand if Canada decided to ban amphibole type asbestos fibres. But when it comes to chrysotile, it is quite obvious that the potential risk to human health is infinitely less than that of amphibole. Scientifically, the huge difference in terms of dangerousness is without a doubt.

Mister Prime Minister, we hope that your government will understand the underlying motives of our S.O.S.

And here is the text of the letter sent to Quebec's Prime Minister, Mr. Philippe Couillard.

Mister Prime Minister, we have just learned through the media that Ottawa is about to make an important, imminent and irreversible decision concerning the banishment of all forms of asbestos, without any distinction regarding the type of fibre or any asbestos-containing products.

Our populations are extremely worried by the plausible hypothesis of the adoption of a radical bill that would be catastrophic for our Chaudière-Appalache and Estrie regions which are home to some 750 000 people.

Bill C-321 tabled by the NDP calls for a radical ban of all form of asbestos, without differentiating between fibres, and of all asbestos-containing products. This would have the consequence of preventing any form of sustainable and responsible development of solid serpentine mine tailings. These hundreds of millions of tons of tailings accumulated in the course of more than 130 years of mine exploitation contain such quantities of magnesium and other minerals that many hundred jobs could be created in our respective regions for decades, if not centuries ahead. In fact, two industrial pilot projects have recently been announced, which could contribute to our regions' economic and social upturn.

Mister Prime Minister, we are sending you an S.O.S. and we renew our call for your energetic intervention with Canada's Prime Minister to ensure the NDP project will be rejected.

It is quite obvious that the risk levels associated with chrysotile and with other, amphibole type of fibres should never be compared as modern science has taught us that their order of magnitude are totally different.

About the Pro Chrysotile Movement

The Pro Chrysotile Movement is a Quebec grouping supported by about forty Chaudière-Appalaches and Estrie municipalities and regional, cultural and social development organizations.