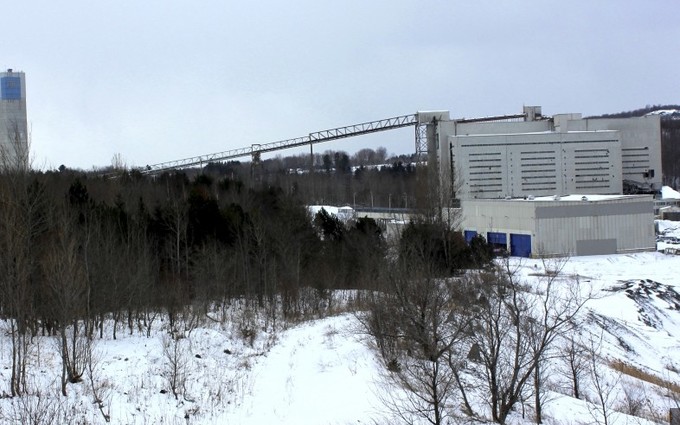 Subject: Notification of Intent to Develop a Regulation Regarding Asbestos, tabled December 17 2016

Serpentine mine tailings and our regions' economic development

The pro-chrysotile movement was born out of a coalition of some forty socioeconomic, educational, cultural and touristic organisations as well as municipalities of this broad Quebec region called Estrie - Chaudières-Appapaches, long known for its chrysotile mines.

Our communities are currently going through very difficult times in terms of employment and economic development. Our hope, which unfortunately has often been shattered, lies in the implementation of a well-articulated economic development policy which would open the way to the valorization and development of our area's  numerous and very large serpentine mine tailings. These waste piles are resources only waiting to be exploited.

In Canada, our Movement and our communities have lately noted that anti-asbestos activists, banking on the potential frailty of a new government potentially more receptive to their crusade, have become increasingly agitated. In addition, some media take pleasure in reporting their every moves and declarations, becoming the de facto bullhorn for their call for banishment.

On December 15 2016, we were devastated when four federal Ministers jointly announced the government's decision to sign the death warrant of the chrysotile industry and ban all commerce and activities related to products that might contain asbestos fibres. Last Spring, the anti-asbestos lobby had already celebrated the government's unilateral decision to stop using material and products made with asbestos in the building and renovation of government owned buildings, without differentiating between the types of fibres. We are well aware that this lobby aims for a radical banishment of by-products as well as of all products which could potentially contain any type of asbestos fibers, which the government included in his broadly publicised ─ one might even say highly theatrical ─ announcement. We are dismayed by the government's cavalier attitude and decision to proceed without consulting the population in the regions most affected by such a radical decision.  No public consultations were held in our communities, even though government authorities were well aware of the devastating impact such decision would have on the affected population. Our regions have already paid dearly for the mistakes of the past and many of them now live well below the poverty line. Just consider for a moment the impact that the loss of 600 000 jobs would have on a city like Toronto or Montreal. The Appalaches and Des Sources regions have been impacted on a similar scale by the closing of mines, industries and related businesses in the course of the past years.

We would like to submit that caution is in order before heading down the road of radical and unilateral banishment. Any decision must be based on science, not propaganda, and should not be swayed by a public perception fueled by an anti-asbestos crusade which has been going on for too long.

Published scientific studies, especially the most recent ones, do not suggest in any way that chrysotile and chrysotile-containing products should be banned. Science teaches us that there is a real difference between the various types of fibres, both in terms of their chemical makeup and level of potential hazardousness for human health. Research and scientific studies also inform us that amphibole-type fibres, not chrysotile, are responsible for the cancer called mesothelioma. They also assert that the health risk for people in an environment that might contain one chrysotile fibre per cubic centimeter (1 f/cc) is so low as to become immeasurable, which is a far cry from what the preachers of the apocalypse would want us to believe.

Lastly, a country which bans a product must necessarily replace it with another one. Yet, in the case of chrysotile, most replacement products or fibres have not been submitted to the scientific analyses that could confirm their innocuousness, and in many cases their potential risk for human health is not even known. Common sense should certainly dictate that a country that bans a product for health reasons should be compelled to replace it by another one that is provenly safer and presents a considerably lesser risk for human health, in other words a significantly less dangerous product!

Before the government makes any final decision on the asbestos, chrysotile and replacement fibres and products files, we want to be heard, and to be given the opportunity to explain how we, the people who live in the concerned regions, envision the future of our economic development. Over the years, our regions and our community have greatly contributed to our country's economic progress and we believe it is our obligation to continue to do so in the future. In the course of the past decades, we have developed an exceptional expertise, which has been recognized around the world, in the safe and responsible use of chrysotile and we are able to apply the same approach in the exploitation of serpentine mine tailings. You will find attached our business case on the valorization of mine tailings, a crucial file for our regions that we would like to present, in the course of a meeting, to the government decision-makers that you will find most appropriate for us to meet.