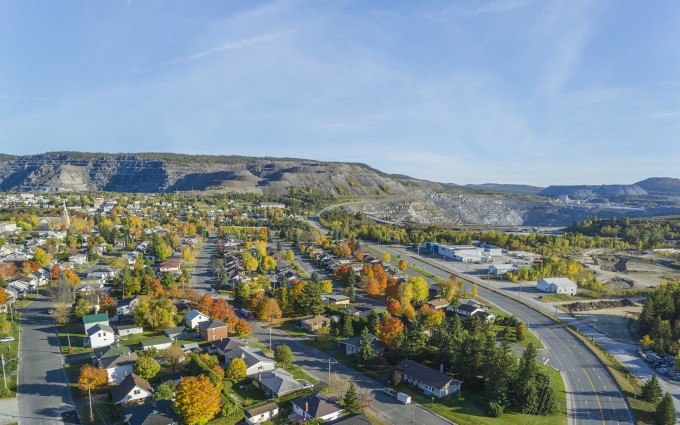 The PROChrysotile Movement of Quebec acknowledges receipt of your letter dated July 18, 2017, for which we thank you. We noted that you forgot to respond to our concerns. It must have escaped your attention. So, we hereby underline them once more.

Our Movement is deeply worried by the scope of the text of the proposed draft regulation, especially by the third paragraph of article 3.1.2.2. Making it illegal to use mine tailings in construction and landscaping projects would create nothing but a real nightmare for our community, our citizens, investors, businesses and our regional authorities and would furthermore deeply contradict the statements (not to say the promises) made by various Canadian government Ministers.

In its actual form, the regulation clearly offers anti-chrysotile activists a kind of stepping stone that they surely will take advantage of to ceaselessly harass businesses that will have the audacity to venture into the exploitation of mine tailings piles.

Furthermore, this 3.1.2.2 banishment, which would in effect make a product found in those piles and its use illegal, would create an unbearable situation. For decades and in many places, those mining products have been used as landfills, namely in the construction of houses, buildings and roads. In making this product illegal, the government seems to have no idea of the consequences for our communities' future, e.g. important loss of property values and family wealth, impossibility of creating development plans, prohibition of construction on land where those residues could possibly be found, long and costly judicial procedures, and if it ever became possible to obtain a building permit, what would it cost?

This regulatory approach is very abusive, deprived of any common sense and it demonstrates a worrying lack of awareness. Such a banishment must not see the light of day.

The PROChrysotile Movement and the communities were shocked by the content of your letter's third paragraph. The explanation is almost an aberration and its simplistic nature is disconcerting to anybody with a true understanding of the file. You write that all type of asbestos fibres analyzed by the International Agency for Research on Cancer (IARC) are carcinogenic. However, you forgot to mention that chrysotile is the only type of fibre that it has never specifically examined. The various types of fibres were examined as a whole, without any distinction being made between them (amphiboles and serpentine). Yet, the chemical composition and degree of hazardousness of serpentine fibre (chrysotile) are very different from those of amphibole type fibres. This has been formally scientifically recognized. Chrysotile presents very low health risks when used correctly.

The International Agency for Research on Cancer (IARC) never classify substances and processes on the basis of their risks, only their hazardousness. It is well known that chrysotile should be adequately reviewed, taking in consideration the existing differences between the different types of fibres, before any decision should be made. Furthermore, the IARC has examined and placed 118 substances and processes in the Number 1 group of carcinogenic products for humans. Asbestos is part of those 118.

Why has the Canadian government arbitrarily chosen asbestos, with no consideration for the different types of fibres? What is Canada's position on the 117 other substances and processes which, for the most part, are currently used in Canada? Yes, it seems that a double standard is being applied in this situation. We can only hope that more adequate answers will be given to the questions we are again raising.

Mr Assistant Deputy Minister, we thank you in advance for the attention you will give to this letter and to our preoccupations and we request that you share them with the government authorities responsible for this file.

We wish to assure you of our highest consideration,