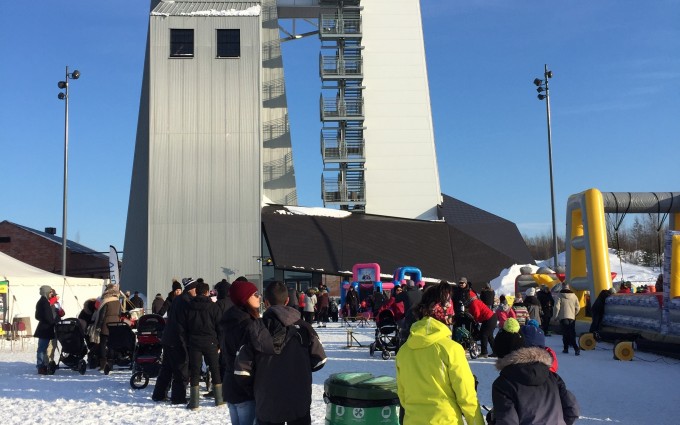 More than 70 years ago, chrysotile asbestos mine diggers wrote a page of history, in Quebec and elsewhere around the world, when they claimed first and foremost their right to better working conditions that would allow them to earn a decent living without losing their health. They collectively decided that their voices should be heard by both their employers and the government.

They were pioneers who demanded the creation and implementation of full-fledged programs for the safe use of chrysotile asbestos. The collaboration of companies, governments, workers and their unions allowed for the creation of laws and regulations which could guarantee healthy working conditions.

This is why it is possible today to earn a living in industries that use chrysotile asbestos in an environment as safe, if not safer, than those prevailing in various types of businesses, namely in the chemical products or the wood industries, to name but a few.

A memorable strike in the history of labour relations

Those worker's great determination will be remembered as the asbestos strike. Their fight bequeathed to all of us not only an example of courage and of resolve to take the issue of their health into their own hands, but also an unprecedented legacy of social and trade union mobilization in many countries which draw upon it. This is exemplified by policies governing the safe and responsible use of many minerals and metals that have become law in many countries. Instead of taking the easy road of calling for banishment, they choose a more demanding, but also a more responsible one, that of a controlled and safe use.

This demonstration of solidarity in the quest for safe working conditions should serve as an example to all competent authorities in their respective countries. They would benefit from drawing inspiration from history to understand the true evolution of the controlled use of chrysotile fibre since that event that happened in Quebec mines. When all stakeholders decided to put their shoulders to the wheel, they made tremendous headways in the area of health in the workplace.

A day will come when those competent authorities will have to realize the extent to which the anti-asbestos activists' (confusing all fibres) and the legal affairs lobbies' crusade has distorted the historic truth and created a negative perception that has little to do with reality.

Gaining a better understanding of the mobiles that lie behind the unhealthy crusade calling for asbestos' global banishment should also be on our collective agenda. So far, these powerful lobbies still refuse to accept that considerable progress has been made over the years or even to discuss openly the state of current scientific knowledge with competent authorities. The safe and responsible use of the chrysotile fibre isn't a myth. It's a reality.

While there is no doubt that all amphibole asbestos fibres should be banned, it is also true that chrysotile can and must be used in a controlled, safe and responsible way.

This unique and historical strike in the Quebec chrysotile asbestos mines and its lasting effects should not be forgotten. It was the starting point for industrial workplace hygiene and health protection. The legacy of this battle for health should inspire the leaders of all countries, including those who have been overly sensitive to the anti-asbestos activists' crusade.