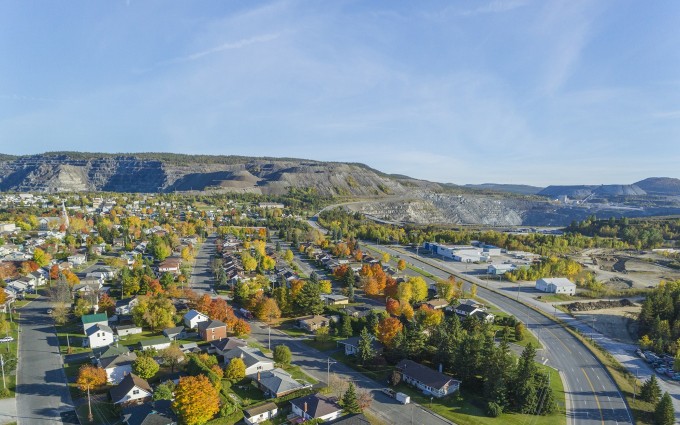 Subject: Comments on the Notification of Intent to Develop a Regulation Regarding Asbestos

First, allow us to express our complete dissatisfaction and our opposition to the federal government's unjustified decision, announced in Ottawa on December 15, to radically ban, in a cavalier manner and without consulting the affected communities, the use of all products containing any type of asbestos fibre, as of 2018. To add insult to injury, the Notification of Intent to Develop a Regulation Regarding Asbestos was published Saturday December 17, and asked interested parties to provide information and comments BEFORE January 18 2017, in the middle of the oliday holiday season!

Such disconnected attitude from the government with regard to the situation of our regions' population can only contribute to the citizens' cynicism and to the skepticism of corporate investors from Canada and abroad.

To our knowledge, it would be the first time that Canada, a country known for its numerous natural resources, would ban one of these resources, chrysotile, and all its by-products. This would create a dangerous precedent for other metals, substances and activities listed among the 118 Group 1 elements (carcinogenic for humans) such as  nickel compounds, chrome, aluminium manufacturing, diesel fumes, etc. Who will be the next ZERO RISK dogma's victim?

On the other hand some have applauded the fact that the valorization of serpentine mine tailings could be excluded from the ban of activities, products and substances that have been sent before the firing squad by the ministerial announcement. Please allow us to put a huge damper : we received no written guarantee from the federal government or its agents that such exclusion would be permanent. In view of the efforts, of the large amount of research and development money that needs to be invested and of the level of financial and technological risks involved in such projects, you surely understand that such guarantee is absolutely essential.

There is another major source of worry for our regions' businesses, workers and citizens : the stigmatization associated to bans and the excessive zeal of regulatory agencies, at all levels of government.

"It will be essential that all our socio-economic and political leaders loudly denounce all the unacceptable excesses that they will be witnessing. There is a point where too much is like not enough. Now is the time for the Canadian government to demonstrate its inclusiveness of the population of ALL ITS REGIONS" concluded the President of Thetford Mines' Chamber of Commerce and Industry (CCITM), Mr. Alain Laflamme.

Please confirm reception of this first message from our organization. Best regards,

The Thetford Mines Chamber of Commerce and Industry (Chambre de commerce et d'industrie de Thetford Mines - CCITM) is a network of business people from close to 400 companies working in various areas of economic activities (industrial, commercial, professional, service industry, freelancers, etc.). It actively contributes to the community's development while promoting the interests of its members through its dynamic interventions, its power of representation and the strength of its network.

The Honourable Catherine McKenna, Minister of Environment and Climate Change

The Honourable Judy Foote, Minister of Public Services and Procurement

Mr. David Heurtel, Minister of Sustainable Development, the Environment and the Fight Against Climate Change

Mr. Paul Vachon, Prefect of the Appalaches MRC and Mayor of Kinnears Mills

Mr. Hugues Grimard, Prefect of the Des Sources MRC and Mayor of Asbestos